There are some confident performances from the two leading men, Chris Hemsworth portrays a ‘live for the moment’ James Hunt, who parties off the track and who uses his gut instinct on the track. 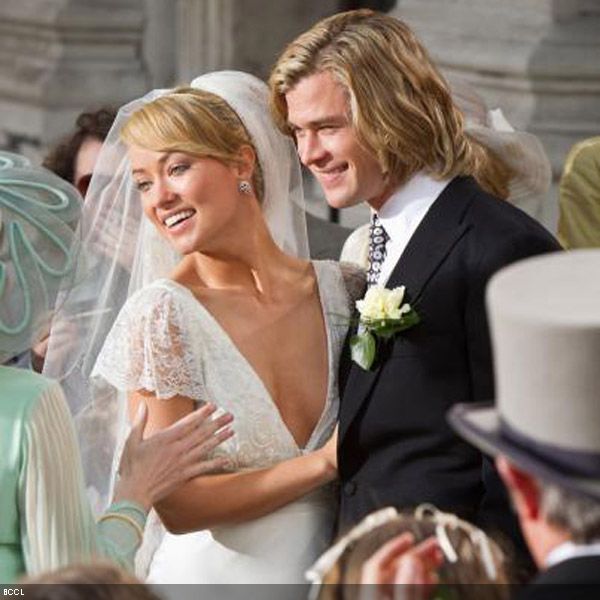 Contrasting this, is Daneil Bruhl, who plays Niki Lauda, an F1 driver who worked hard to get to where he was, serious, determined and who’s crash in the 1976 German Grand Prix at the Nurburgring could have killed him. His fight for survival and recovery is excellently portrayed, it’s his steely determination which enables him to fight for the F1 title after his accident.

The supporting cast do their part, but it is Ron Howard who brings to life the rivalry between Hunt and Lauda, with brilliantly choreographed driving sequences and nuanced scenes off the track. Howard brings these legends to life. 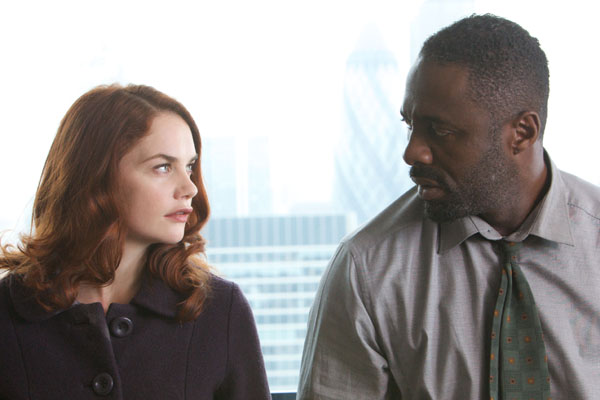 Luther, the gripping, terrifying and sensational BBC Drama which ended on the 23rd July, saw Luther waving goodbye to Mary and walking off arm in arm with psychopath Alice Morgan.

So, this is perhaps TV’s most unlikely couple to ever surface, both flawed and both with a tendency to step outside of the law, the question for the Writers and Producers of the show, is where does it go from here? There have been talks of an Alice Morgan spin off, a Luther movie or a new series.

But, in many ways, is their relationship best left at the bridge? With the characters left in an uncertain future, Alice, as we all know is a murderer, a psychopath, but, her character has changed and softened as the series has progressed as has Luther himself.

Often with TV programmes, things aren’t often left for the viewers to create there own story.

As one of TV’s most controversial, yet oddly compatible couple, it appears that writer Neil Cross has opened a Pandora’s Box, let’s hope they do the show justice.

Naomi Jeffreys, The Rabbit and Reel

“Because we are all the Bling Ring. We are Alexis Neiers, as scary as that is, we are.”

The movie is based upon real life events, two teens, namely Rachel Lee and Nick Prugo, robbed Paris Hilton, Audrina Patridge, Rachel Bilson, Orlando Bloom and Lindsay Lohan’s houses, in October 2008. “The Bling Ring” as the group of rich young teens would soon be coined by the media, reportedly stole over $3 million in cash and cars over the course of a year.

Coppola’s movie goes behind the facts and figures and sucks you in to the tiny bubble world, that is Hollywood. She has changed the names, but the story remains the same. The movie is full of common slangs which we are so used to today, “We’re in L.A. Don’t be such a little bitch!”, coupled with that, there is also a laziness to the Ring, the rich teen drawl is en pointe, and realistic, but can unfortunately become a little tiresome after ninety-five minutes.

Emma Watson stars as Nicki Moore, in her third role since the Potter Series ended in 2011. Nicki is insufferable, spoilt, unfeeling and gun toting. Watson proves she is no goody two shoes.

But, it is Katie Chang who plays Rebecca Ahn who steals the movie, quite literally. Her lack of response, lack of feeling and her friendship with Marc Hall (Israel Broussard) which takes this film from a cautionary tale about Capitalism, Celebrity and Temptation, in to a story of two very confused teenagers. Chang, lonely and bored, is drawn to stealing, at first just by checking her rich neighbours cars for money and jewellery, but which soon escaltes in to full on robbery. And Broussard, the new kid, who sees himself as ugly and who was never one of the “cool kids”. For me, it is their friendship which carries the film.

After a while, the movie becomes a challenge cinematically for Coppola, how many times can you show the same characters robbing Celebrities houses? She answers this question creatively and brilliantly, aerial shots, CCTV shots, long scenes where the characters argue over who gets the Louboutins. Reiterating the characters shallow values.  But with a weak ending to a generally informative and enjoyable film, Coppola certainly lives up to her family’s film credentials.

It is hard with true events to determine whether making a movie about it, or writing a book is supporting it, or warning us against it. The same can be said of The Bling Ring, is Coppola warning America that it’s Capitalist and Celebrity Dreams are nothing more than a Nightmare?

That’s for you to decide, biatch.

Naomi Jeffreys, The Rabbit and Reel.

The Bling Ring is out in the UK on Friday 5th July.