As seen at the Odeon on Head Street Colchester

This picture harks back to the day of the atmospheric horror film. The story infolds in the late 19th century in a spectacularly sinister looking house. Authentic costumes and well build set establishes the mood and tone from the very beginning. The very isolation of the haunted mansion accentuates the menacing air surrounding this story. 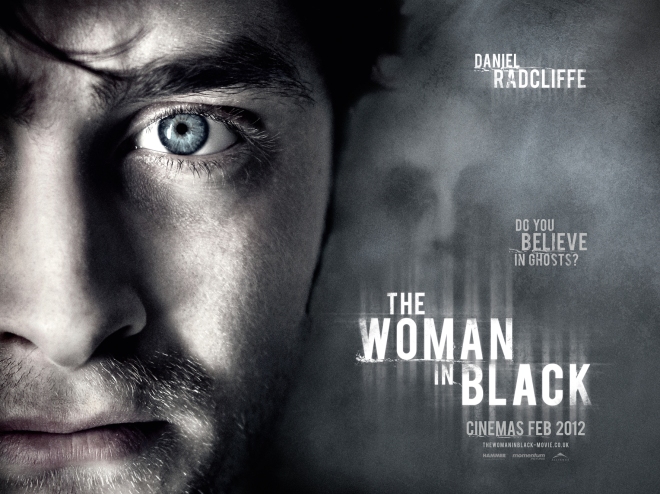 Daniel Radcliffe plays Arthur Kipps a lawyer who still suffers from the loss of his wife which occurred during childbirth. This torment he carries impedes his ability to work successfully at the law firm that employs him. It has also left him experiencing visions of his wife in her wedding dress; she is seemly his woman in white. Kipps is instructed to take on a job to prove his dedication to his firm and to show he is ready to move on with his life. The assignment takes place in a secluded village in the outer reaches of England. Here he must sort through the papers of the Eel Marsh House to settle the financial and legal dealings of the estate. 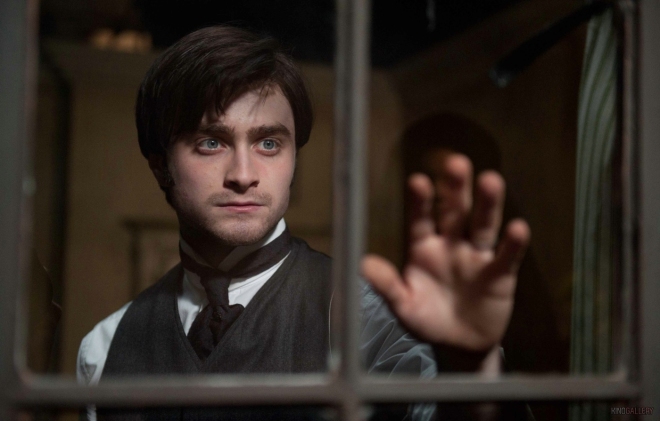 For what should be a straight forward job for Kipps is soon inundated with strange characters, buried secrets, peculiar deaths of children and the ominous sightings of a woman in jet black funeral attire. What ensues is a symphony of frights that will have you jumping, your heart thumping and your anticipation levels destroying your nerves! Huge scares that are generated by loud thuds, bumps and crashes are interwoven with the use of demonic looking toys, disturbing self-propelled rocking chairs, frightened villagers and the eeriest of locations. The feeling of dread is heightened by the vastly scarier slower scenes and materialisation and brief glimpses of the evil spirit herself. The continuous targeting of children keeps a cloud of traumatisation and feeling of helpless surrounding all of those at the mercy of the demonic spectre. 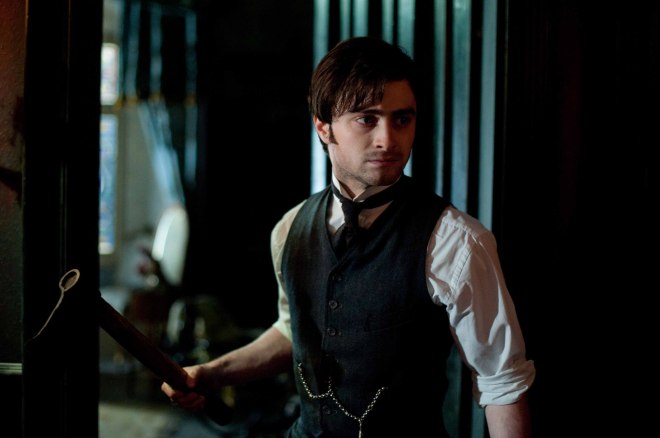 I was not sure if Radcliffe could deliver what was required of such a role; and this feeling was almost confirmed once the film had started. I was unconvinced at his fatherhood and demeanour. But when the drama unfolded Radcliffe’s ability was apparent, his facial expressions, panic and body language was genuine and unnerving. The ending was a great unexpected twist and it was good to see that the “happy ending” route was not adopted. Though this film was not the most frightening I have ever seen it was a fantastic experience. Riveting, tension building, steeped in atmosphere with attentive attention to detail; this film is thrilling start to end.

One thought on “Woman In Black: Review”